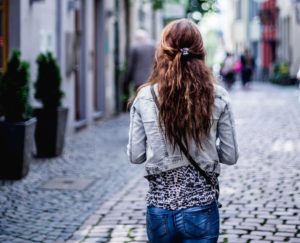 At the CCAHT, we are committed to upholding and protecting client safety and confidentiality. To this end, names and some details have been changed or omitted.

Alexis was promised the opportunity to “explore America and its culture” as part of a program that would allow her to come to the United States from abroad and work as an au pair.

She learned quickly that the circumstances of the arrangement were not as she had agreed. Alexis was expected to work around the clock caring for up to six children. She was not afforded the opportunity for any sightseeing, and she had received only a fraction of the income she had been promised. Alexis lived with her host family, so she did not have the option to stop working for them, and because she wasn’t being paid, she could not afford a new place to stay. The household was ridden with domestic violence and substance abuse and Alexis was regularly victimized.

Alexis attempted to report these conditions to the au pair agency that had recruited her, but was dismissed and accused as being personally responsible for her situation. She attempted to report her victimization to law enforcement and as a result was forced to share her story repeatedly with various officers and agents, ultimately resulting in a failed attempt at justice.

Throughout her attempts to try to escape her situation, Alexis lost the Visa that allowed her to work in the United States. She was out of options and was forced to move back into the abusive situation with her host family where the cycle of physical, emotional, and psychological abuse continued.

During this process, Alexis was linked up with Grow Free Tennessee through a referral by a community partner. Alexis was able to receive financial and supportive services to help facilitate a new housing opportunity that allowed her to leave the abusive home. She was connected with the opportunity for employment and began her path toward reclaiming her independence. GFTN was able to connect Alexis with a law enforcement agency that was able to assist in facilitating temporary legal status while linking Alexis with a community partner to assist with an application for her T-Visa.

Because of the temporary status facilitated by the law enforcement partner, Alexis was able to earn gainful employment and returned to school to earn a CCMA. Two years later, Alexis received her T-Visa – a Visa status that is specific to individuals affected by trafficking. She told a GFTN staff member, “It’s so amazing and just feels like it is easier to breathe now…I’m so grateful I’m not in the dark anymore.” She recently informed GFTN that she is in the process of applying to go back to school to earn her BSN.

I’m so grateful I’m not in the dark anymore.