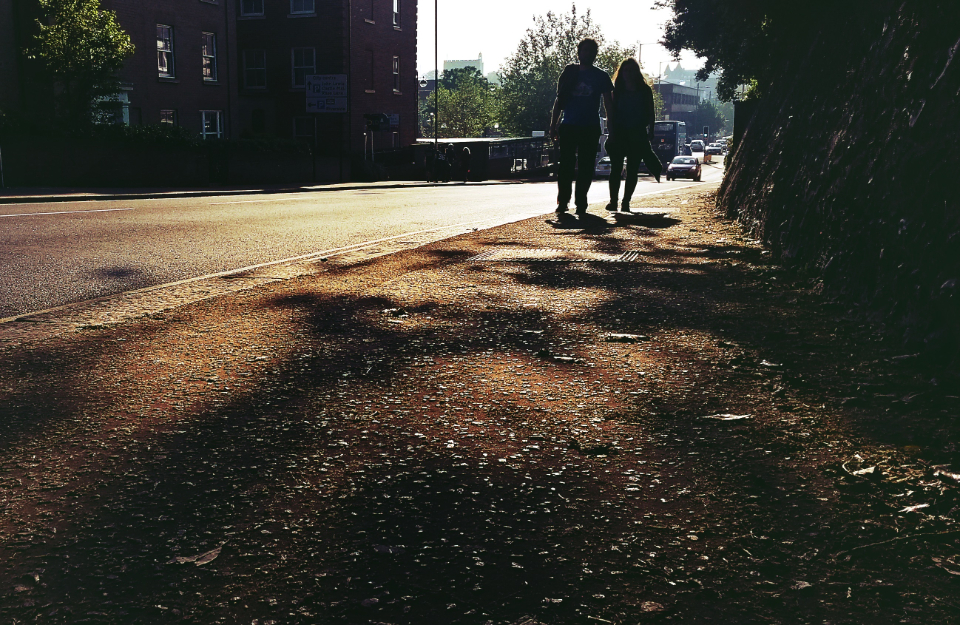 As January is Human Trafficking Awareness Month, it seems an appropriate time to take an in-depth look at this serious crime and the hurdles victims may face. Although a buzzword, human trafficking, which includes sex trafficking and labor trafficking, is still shrouded in misconceptions and misunderstandings. Unfortunately, many times this misinformation prevents the criminal justice system from appropriately responding to the issue. While Tennessee has made great advancements in battling this serious crime, there is still much work to be done.

Facebook users have most likely seen the urban legend that seems to plague newsfeeds about every six weeks: “My (insert casual acquaintance or distant family member here) was shopping this weekend when she noticed two men following her around the store. She made it to her car without being noticed, but she was almost sex trafficked! Everyone beware!” Unfortunately, instead of actually protecting individuals from being trafficked, this urban legend fuels misconceptions that cloak the reality of sex trafficking in this community.

According to Tennessee law, sex trafficking not only includes knowingly subjecting or attempting to benefit from another person’s provision of a commercial sex act, but also extends to recruiting, enticing, harboring, transporting, providing, purchasing, or obtaining another person for the purpose of providing a commercial sex act. The means of “obtaining” another person, in order to carry out such a crime, goes beyond the “snatch and grab” scenario and includes abusing or threatening to abuse the law or legal process, destroying or controlling another’s passport or immigration document, using blackmail or threats for the purpose of exercising financial control over another, and managing another’s access to a controlled substance. The reality behind sex trafficking, particularly in East Tennessee, is that it is an insidiously prevalent crime that is conducted in plain sight.

This difficulty in identifying victims of human trafficking is not limited to the public at large. Many professionals, including some law enforcement, failed to appreciate the prevalence of this crime and how victims might actually present when they are encountered. This, in turn, perpetuates criminalization of trafficked individuals. The National Survivor Network, an organization that empowers trafficking survivors to be leaders in a national anti-trafficking movement, developed a survey to evaluate how often trafficked individuals face criminal charges and the long-term effects of these charges.

Of the 130 survivors who responded to the survey, 90.8% reported being arrested. Prostitution, solicitation, intent to solicit, truancy, drug possession, and drug sales were the most common criminal charges that respondents faced, and more than half of the respondents believed that all of their criminal arrests, charges, or convictions were directly related to their trafficking victimization.

While law enforcement may have a difficult time accurately screening and identifying victims of sex trafficking, victims also face significant struggles in disclosing their victimization. This may be due to an unwillingness to trust law enforcement (which may be reinforced by negative interactions with law enforcement officers and/or the criminal justice system), a concern that a trafficker may carry out threats of blackmail, or even a sense of loyalty to the trafficker as he or she may be the only source of support. The respondents of the National Survivor Network survey reported fear as the most common reason for not disclosing victimization. One survivor reported:

“My mom was beaten whenever I was out of pocket, and he held my daughter and wouldn’t let me see her. One year I saw her a half day on Christmas. If my money wasn’t what he wanted he kept saying he would sell my daughter off and I wouldn’t see her again.”

The criminal charges that result from this failure to recognize victims create serious, long-lasting barriers. Almost 75% of National Survivor Network survey respondents reported that criminal convictions created a barrier to gaining employment, and more than half stated that they found significant hurdles in establishing stable housing due to their criminal history. One respondent reported:

“I was convicted of transporting minors across state lines because of trafficking experience – a gun was held to my head to force me to do this. After getting out I received a scholarship for college. Arrived and could not find an apartment to live in for two months. Finally, one owner who heard my story made an exception but it was so hard to share my story to find a place to live. [sic]”

The prevalence of sex trafficking victims in the criminal justice system has gained national attention. According to the American Bar Association’s Survivor Reentry Project, 42 states have established vacatur laws to address this injustice.12 For example, Florida has updated its expungement laws to allow victims of human trafficking to petition the court for the expungement of an individual’s criminal record, with certain exceptions, of any conviction, or of an arrest or the filing of charges, for an offense committed or reported to have been committed while the individual was being trafficked or as a result of the victimization.

Tennessee has not yet updated its statutes to reflect this national movement. While Tennessee does create an opportunity for minors to have their juvenile court files and records expunged, there are no real
remedies for adults who have obtained criminal charges due to their victimization. Furthermore, Tennessee’s current criminal statutes create an additional challenge for adults who are being sex trafficked and are not properly identified by law enforcement.

Under Tennessee law, an individual who knowingly engages in prostitution, while infected with HIV, commits “aggravated prostitution,” a Class C felony that requires the individual to register as a sex offender. A local survivor’s story exemplifies how this statute can revictimize an individual and contribute to the serious stigmatization of this crime:

“While being trafficked I was raped and contracted HIV. I learned about my diagnosis as I was forced to take an HIV test after being charged with prostitution. No one involved with my case, including law enforcement, my public defender, or the district attorney, asked me if I was being trafficked. After learning I was HIV positive I was released back to the streets where the only person waiting for me was my pimp.”

“I was charged with prostitution again and required to register as a sex offender. I am no longer being trafficked but being required to register as a sex offender is a very dark nightmare. I have a four-year-old daughter and I am not allowed to take her to the zoo, host birthday parties, or take her trick or treating. The registry has prevented me from finding housing and disqualified me from employment. I volunteer with an HIV support group, but recently I was unable to attend a conference as a guest speaker because my supervisor was unable to approve my travel in time. I am treated just the same as a child molester or rapist.”

While Tennessee does provide an opportunity for a survivor to have his or her name removed from the registry if trafficking is proven, this provision is not a vacatur or expungement of the charges and is often a difficult and costly legal process.

The public still has much to learn about the realities of human trafficking and its presence in the community. The Community Coalition Against Human Trafficking provides training and outreach and serves survivors of human trafficking in Upper East Tennessee with individualized, relational care through our direct services program, Grow Free Tennessee.

To learn more about the fight against human trafficking and how to get involved, visit our website at www.ccaht.org. Through increased awareness, community support, and legislative response, Tennessee may soon begin to impact human trafficking by successfully prosecuting traffickers and adequately supporting survivors.

The artcile was featured in the Janurary addition of the DICTA monthly publication.

This survivor asked to remain anonymous due to the treatment and stigmatization she has faced in the local criminal justice system and community.