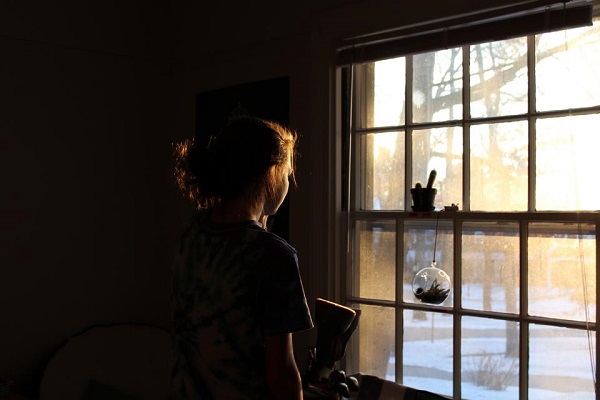 Why She Doesn’t “Just Leave”

Ever thought to yourself “why doesn’t she just leave?” or “why didn’t she tell anyone?” I’ll admit, I’ve had the same thoughts as well because it’s a difficult concept to grasp. BUT when we think or ask those things, we are not understanding the problem deeply enough.

Have you ever heard of Stockholm Syndrome? You may have heard it in the news or maybe even in the movies. Sometimes this is also referred to as “trauma bonds.” Stockholm Syndrome is when a victim becomes affectionate toward his or her captor. The idea of Stockholm Syndrome was discovered after a bank robbery in Stockholm, Sweden (hence the name). After six days of being held hostage, the survivors walked out of the vault shaking hands, hugging, and even kissing their captors. How can this be? Well, not much is known about this syndrome, but scientists have been able to pinpoint two main characteristics. The first is that survivors develop a negative view of police and authority figures, and the second is that the survivor develops positive feelings toward the captor or abuser.

You guessed it: Stockholm Syndrome is extremely common in human trafficking situations. Johns or pimps will use tactics much like the cycle of violence in domestic violence situations to woo their victims. If you look at the wheel pictured here, you will see a stage called the “honeymoon period.” This is when an abuser will use gifts, promises, apologies, and more
to convince the victim that he/she loves him/her. Relationship dynamics such as these are not uncommon in human trafficking cases, which is why these trauma bonds are not easily broken. S/he often feels loyal to his/her trafficker and would never think about hurting or betraying him/her. Often we hear victims say that they love their trafficker, which is why arrest and prosecution are so difficult to attain.

Why is this important for us to know?

When working with survivors of human trafficking, it is crucial to remember that trauma bonds are very real to the survivor. The idea of “just leaving” is not practical. When a trauma bond is formed, this is the brain’s way of protecting itself. Simply put, it is a coping skill. Knowing this information can help us help survivors. Together we can start to look at new coping skills and introduce characteristics of healthy relationships.

The best way that we can be supportive is by truly listening to survivors. You have already made a huge step in awareness just by reading this article. Share it with family and friends, too, to help others understand why she doesn’t “just leave.”

If you are interested in learning more about human trafficking and its effects on survivors, take a look around our website.