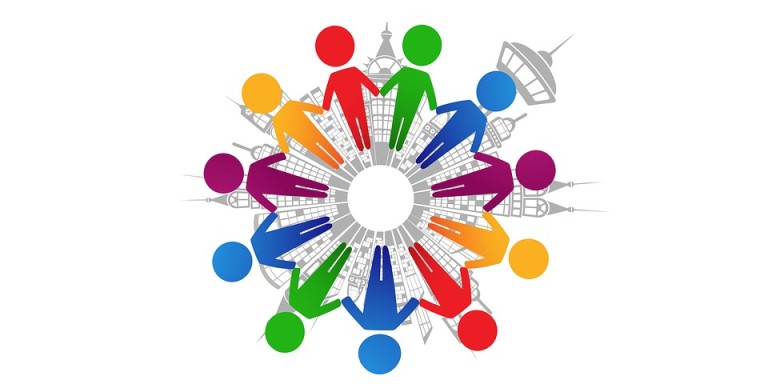 PSA’s and advertisements have been using demeaning photos and language to emphasize their loss frame approach. Few of the photos are explicit, the real issue includes the photos that portray these women as bound or physically forced into this situation. The idea is to gain pity. It is the belief of some advertisers that making someone look pathetic will have a higher chance of moving viewers to donate. This approach is not only less effective, but it creates several issues.

The first issue with framing human trafficking with a loss frame is that it can unintentionally further exploit a survivor. Photos that depict a hostile version of trafficking make the survivor appear weak and incapable. This makes it difficult for the survivor to see themselves as their own person and can make i

t even more difficult for them to rejoin the community in a confident manner. In extreme cases, this could even invite attackers to attempt to force the survivor back into trafficking. Explicit photos not only invade the privacy of a survivor, but it circulates the image further. This can inflict further damage to the survivor and does not effectively educate the community.

The second issue with a loss frame is that it disheartens those that want to help. Often when there is something of great importance such as this you want people to respond. The fastest way to get some to respond is to use a loss frame. That is why “If it bleeds it leads” is a popular news phrase. But if people hear bad news all the time they will stop listening. Some will think the task is too great to conquer and they will leave their voice out. We want people to understand the seriousness of the issue, but if you constantly frame it negatively, people will lose hope.

Finally, framing the issue with a loss frame dehumanizes the survivors. This goes along with the secondhand trafficking idea, but this has more of a community effect than a personal effect. The issue that we are facing in America is that we do not see human trafficking survivors as survivors, but as victims. What I mean by this is that we automatically tie the idea of human trafficking with an image of women who are helpless, weak, perhaps financially unstable, and half human. In actuality, human trafficking can be found in all social classes and all places. However, some advertisers believe that to place the woman as victims in a dark place will gather more sympathy and drive the community to act. What happens then to the women who are rehabilitated? How should we respond when we meet a person driven into human trafficking? Often what happens is we treat them as a victim. We mourn their past rather than celebrating their present and their future. This can destroy their confidence an

d may discourage them from ever sharing their story with others to avoid awkward interaction.

How then should we frame human trafficking? Is it possible to frame human trafficking in a positive manner without insulting the survivors or belittling the issue? I believe this is possible.  I suggest that a person first evaluate their assumptions about human trafficking. Make sure that you are only looking at the facts and are not adding details because of past experiences or influences. Then look at the story you want to present to your community.  Ask if it is relevant and educational. When writing your story, try to focus on liberty and stories of triumph. There will be times when you must include information that is troubling and that is okay. There is a time and place for negative information, but there is also a time for good news.  As far as the images, I suggest using success images or images of people fighting against trafficking. You will gain more support and volunteers if you frame human trafficking with hope.